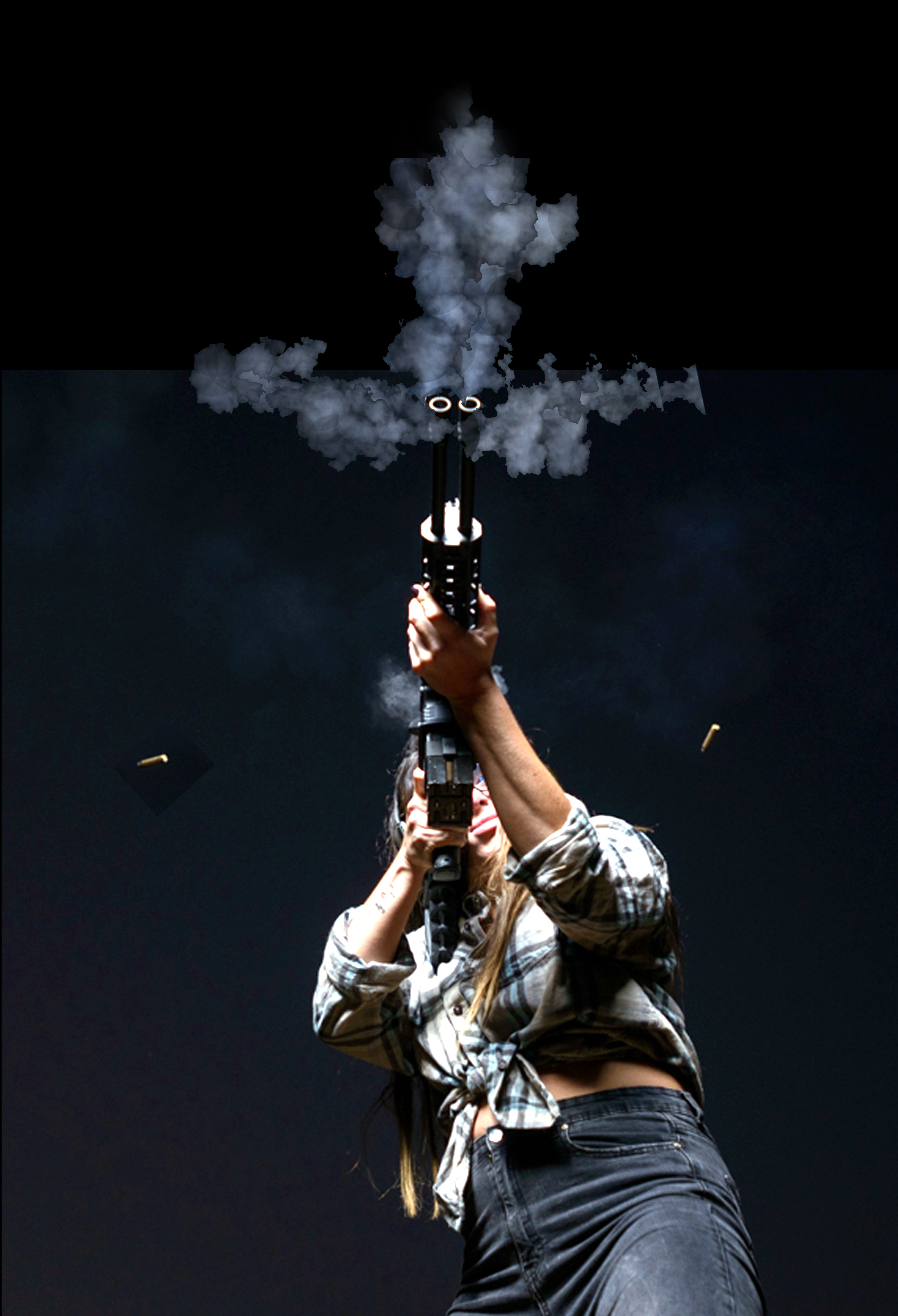 The Snake concept was developed by Silver Shadow to improve combat fire effectiveness by firing two rounds without the delay and recoil of a cycling mechanism.
The Snake will allow faster traversing between multiple targets by enabling two rounds on target with each double, side-by-side trigger pull. Therefor minimizing time on target before moving to the next target.

Based on the Gilboa® AR platform, the snake has a wider upper and lower receivers to incorporate the two independent firing systems. The two parallel barrels are 3 cm apart from the bore center.

The Lower part as well as the integrated stock is made from composite materials, thus making it lighter.